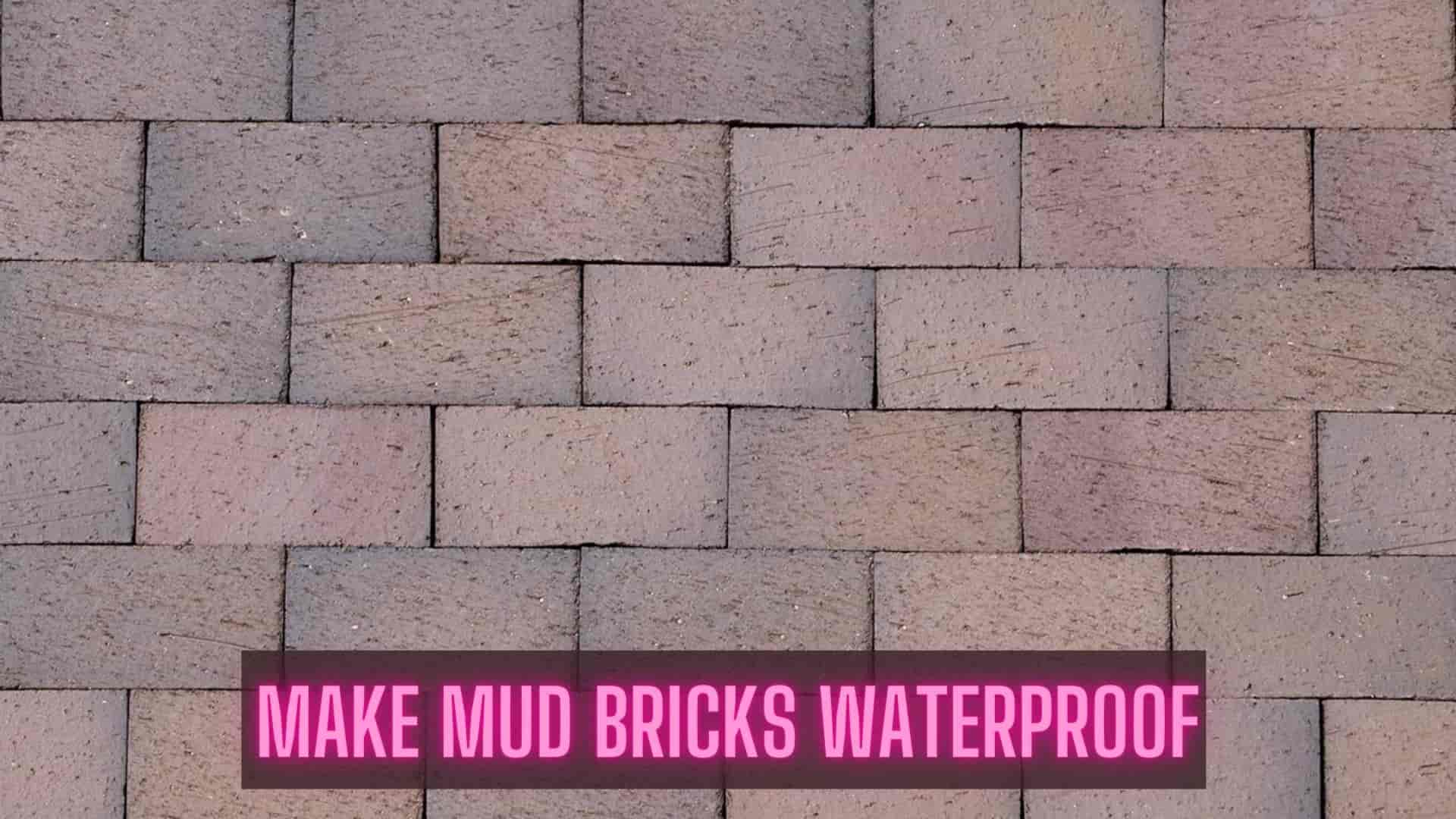 Mudbrick, also known as adobe, is a traditional building material. Various technologies have evolved over thousands of years to make mud bricks less sensitive to the environment. Coating the exterior and interior of the mud-brick structure with a waterproof substance is one option.

What material is required for waterproofing mud bricks?

How to make a frame to set bricks?

Purchase 2x4x10 wood studs from your local hardware shop. The amount of studs you buy is determined by the number of bricks you need to make. For holding the form, the studs will create a ladder-like frame in which the mud bricks will set and dry.

Place two wooden studs parallel to one another on the ground. Place the remaining studs perpendicularly on top of the previous two. The distance between parallel and perpendicular studs is determined by the size of the bricks required. A typical brick, for example, measures 4 x 2 2/3 x 8, but a traditional New Mexico adobe brick measures 14x10x4.

Purchase soil with a modest percentage of clay in it. Mud bricks get strength and moisture resistance from the use of clay. However, if you use too much clay, your bricks will crack. The number of bricks being made determines the amount of mud required.

Fill a five-gallon bucket with the soil. A modest amount of cement should be added. Your mud bricks will be stronger if you use cement. Add water until the mixture reaches a thick, paste-like consistency.

Fill the sections of the wooden frame with the thick mud mixture. Fill each area. To level off the top of each brick, use a 2×4 piece of wood.

Allow two to three hours for the bricks to set and dry. Remove the frame from the bricks. Scrape the frame clean with a putty knife to reuse it.

Allow three days for the bricks to dry. After that, turn each block over on its side. Allow the bricks to dry for three more days, sitting on their sides. Once the bricks are dry, scrape and shave any uneven or excess mud from the sides of the bricks with a putty knife.

Make a practice brick before committing to making a large number of bricks. If the brick cracks as it dries, your soil has too much clay. To prevent breaking in successive batches of mud bricks, add sand to them.

Is it possible for adobe structures to be waterproof?

Is it true that clay bricks are waterproof?

Any mud brick, made mainly of water and soil can be held together and serve as a fundamental building block. Mud bricks created from clay-rich soil will be naturally waterproof, as well as control and combat humidity.

A Mudbrick, sometimes known as a mud-brick, is an air-dried brick manufactured from a mixture of sand, mud, loam, water, and a binding material like rice husks or straw. Though mud bricks were known from 7000 to 6000 BCE, bricks have been burned since 4000 BC to strengthen their strength and longevity.

link to How to Waterproof Suede?
Suede has attracted many people for a long time, and it also has a reputation in the market. People who have suede items want to protect them. So how can they make them protective? By making your suede waterproof, you can protect them from various harmful things. Waterproof boots are good to repel water and […]
Continue Reading
link to How to waterproof a cinder block pool?
Cinder blocks become a choice when you require construction items as they look long-lasting and strong. Cinder block is versatile as well as easy to handle. But it can also be destroyed when exposed to water. The way to deal with water-related problems is by changing them with new substances. But, it does not happen […]
Continue Reading


Disclaimer: As an Amazon Associate, we earn from qualifying purchases.